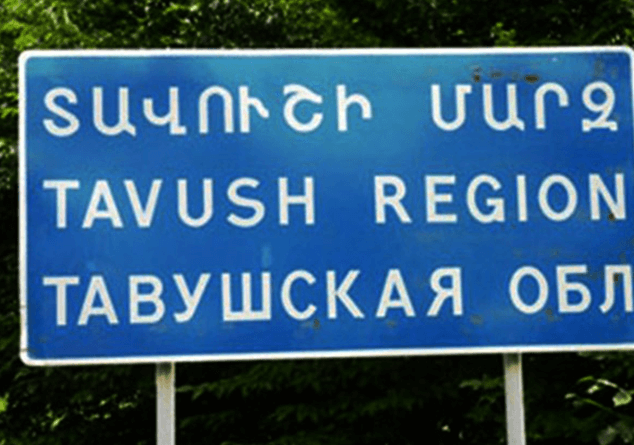 On the night of 12 July 2020, Azerbaijan launched a military attack against the territory of the Republic of Armenia, suffering heavy losses in its own ranks. A large number of Azerbaijani senior officers were reportedly killed through the course of the Armenian response. The Baku army also lost a large amount of war material. A new incursion took place three days later, leaving at least 10 Azerbaijani soldiers on the ground. Armenia has so far recorded the loss of four soldiers, plus a fifth seriously wounded. As a result of the losses suffered, Baku has threatened to bomb the Armenian nuclear power plant in Metsamor, near the capital Yerevan, which would unequivocally amount to a crime against humanity.

The Armenians of Switzerland strongly condemn this deliberate attack on the national territory of Armenia and place blame squarely on Azeri instigators for wanting to turn the Armenian-Azerbaijani conflict into a religious war. This escalation has regional implications, which Turkey has openly assumed. Turkey, which from the very first day of the initial attacks stated that it would give unconditional support to Azerbaijan, has since reiterated this position. The behaviour of Baku and Ankara demonstrates total political irresponsibility. The Armenians of Switzerland call upon the Federal Council to strongly condemn this attempt to destabilize the already very precarious balance in the South Caucasus and the entire Middle East.

On Sunday, 12 July 2020, the Azerbaijani armed forces launched military operations on the north-eastern border with Armenia (Tavush region), using heavy artillery (82 and 120 mm shells) in an attempt to force the border with transported troops and tanks. The attack was accompanied by the incursion into Armenia of military drones. One of these, an Israeli-made Elbit Hermes 900, was shot down at a depth of 9 km inside Armenian territory. During that first day and in following days, civilian infrastructure was targeted in the towns of Berd, Chinari and Movses. In repelling the attack, the army of the Republic of Armenia consolidated its own positions in the village of Chinari and inflicted heavy material and human losses on their adversary, who admitted the death of the Commander-in-Chief of the 3rd Corps stationed in the Tavuz region (on the Azerbaijani side), one colonel, two majors and seven soldiers. Baku also announced the death of a civilian. In a new attack launched by Baku troops on Tuesday 14 July, Armenian forces reported the loss of four soldiers, including a major and a captain. In order to bomb Armenian positions with impunity, the Azerbaijani army has concentrated its artillery batteries around the Azerbaijani village of Dondar Ghushchu, 10 km from the border, using its own civilian population as a shield.

During the night of Thursday 16 July, an elite Azerbaijani company attempted another incursion into the same Tavush region, leaving at least 10 casualties on the ground. Throughout the day, Baku troops continued to attack Armenian positions in the villages of Aygepar and Movses, using mortars and D-30 self-propelled artillery. Yerevan suffered no further casualties. The Armenian side has shown its readiness, in the event of a cessation of hostilities, to allow for the recovery of the victims and wounded who remained on the ground, but Azerbaijan has not responded to such appeals as of the present moment.

On Thursday 16 July, the spokesman of the Azerbaijani Ministry of Defence, Vagif Dargyakhly, threatened « the possibility of hitting the Metsamor nuclear power plant, triggering a catastrophe for Armenia ».  Following this statement, the Prime Minister of Armenia, Nikol Pashinyan, said that it had become clear that Azerbaijan posed a threat not only to Armenia, but also to global security.

Ankara is actively fanning the flames of unrest and discontent on the Azeri side. Not satisfied with its proclamation of absolute support for Azerbaijan, Turkey is further taking initiatives that are more than worrying for the delicate regional balance around the conflict.  According to well-informed sources, the Turkish occupying forces in northern Syria have opened recruitment centres in Afrin, as well as in Raju, to recruit and transport jihadist mercenaries to Azerbaijan alongside Azerbaijani forces. Needless to say, the scale of the conflict that such an initiative could open up by exporting the occupation war from northern Syria to the South Caucasus, could have devastating long term consequences on the region.  The dangers of emphasizing a Christian – Muslim conflict, whereby two sides are pitted against one another in a reflection of exported factionalism from Syria bears all the ingredients for a very dangerous and explosive conflict involving global superpowers in exercise of their alliances.

Ankara has unreservedly supported Azerbaijan’s aggression. Thus, in an interview on Monday 13 July given to the TRT Haber channel, Turkish Foreign Minister Mevlut Cavusoglu said that « Turkey is on Azerbaijan’s side with all its means« . Similar comments were made by the Turkish Defence Minister, Mr Hulusi Akar, during his last visit to Beirut at the beginning of last week. The fact that in these days the latter summoned to Ankara the elite of the Baku Army, including the Deputy Minister of Defence, the Chief of the Air Force, the Chief of Missiles and Ballistic Systems and the Chief of Staff of the 4th Corps (the latter in the running to be appointed as the successor to the just fallen General), clearly shows who is in reality leading the armed forces of Azerbaijan and fomenting tension in the region.

The Armenians of Switzerland, deeply concerned by this serious escalation, call on the Federal Council to take a stand against this new attempt to export a war on the territory of the Republic of Armenia with strong and unequivocal condemnation.  This irresponsible military incursion by Azerbaijan, coupled with Baku’s threats to destroy the Metsamor nuclear power plant, should be seen as clear acts of state terrorism in flagrant violation of international law.